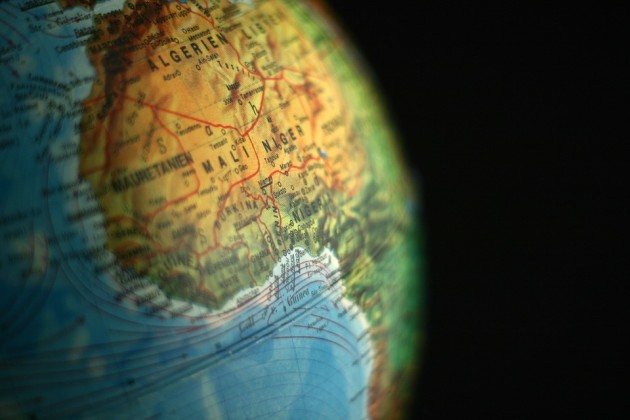 Algeria: blocked in a status of enduring transition due to the preponderance of military, it plays a key role for the stability of North Africa and Sahel.

After 5 years from the uprising wave which have literally shocked the Middle East and the North Africa Region, the Algerian regime has been able to preserve itself and to ensure a relative stability to its territory. After a remarkable period of isolation because of the Black Decade (1991 – 2000), the country seems back on track to play a key role for the stability of North Africa and Sahel Region. Algeria has undeniable assets that can make it a regional power in North Africa, however its deep political socio – economical griefs are a real boundary for its ambitions as regional power.

Algeria and its potential

There are 4 factors which clearly outline the Algeria’s potential: geographic qualities, demographic composition, oil wealth and its security sector: modern with great experience.

With its 1,200km of coastline it has a strategic continental location: pivot of the Maghreb. Due to its geographical proximity and its colonial heritage, Algeria is a preferential partner of France and more broadly of the European Union. It is also a demographic power with a total population of 39,542,166, of which 67% under 30 years and roughly 30% between 15 and 29 years. The level of registration to primary education is 95%, for the secondary schools more than 60%. The population in working age is 68% of the total population. These numbers show the great potential that young have to increase the GDP, raise the annual production and the consumption. Key provider of oil and gas to the west, third conventional oil reserves (12,2 billion barrels) in Africa and tenth for gas reserves (4,5 trillion of cubic meters) in the world. The profits from the export of hydrocarbon are used to sustain a stable economic increase. Algeria has a military apparatus modern and strong. The People National Army has an active front of force of 512,000 and an active reserve force of 400,000. Algeria has become the first buyer of arms in Africa with a military expenditure that exceed 10 billion dollars, which represents an increase of 176% from 2004. Algeria is among the 10 world purchasers, shifting from the 24th place in 2010 to the 6th in 2013. The country is also developing its military industry through joint ventures with many firms in different countries: in January 2015 it has revealed to have assembled locally, for the first time, military truck 6 wheels Mercedes – Benz Ztros. This modernization has gone together with the improvement of the military forces training. The algerian armed forces have a sofisticated training and a huge experience in counter- terrorism tactics achieved during the revolution in the nineties.

What is it under the surface?

Disaffection cook over a low heat under the surface. Spontaneous uprising occur on a regular basis in the country: only in the first half of 2015, the Algerian police has registered 6,200 local protests. The demonstrations often rotate around injustice for house distribution, public employment, funding or price increase. The large majority of the population is poor, with 10 milion people living under the level of poverty. Infrastructures, particularly health and education, cannot meet the needs of the population in steady increase (birth rate is: 25,14%). These problems combined with a widespread corruption and the lack of transparency, have pushed many young in the city and in the rural areas to consider the request for a visa to go to France, UK, Canada in search of a better job, better salaries and better living conditions. From 2004, thousand of young people have risked their lives to migrate illegally in Europe through the Mediterranean, a phenomenon known as haraga (literally: those who burn the boundaries). The growing instability in Libya has lead to an increase in the arms and drug traffick at the border. As a matter of fact, violent groups have strenghten their network looking for regional allies, as it is showed in the coalition compesed by Mokhatar Bel Mokthar and the Movement for Unity and Jihad in West Africa. The last has conducted attacks at the barracks of the Algerian police in Tamenrasset and Ouergla in 2012. These regional alliances are highlithed by the attack in 2013 at the gas facility in Amanas conducted by Mokhatar Bel Mokthar. This attack in the south of Algeria where 70 people died has stressed the links and inter – relation between the various terrorist groups in Algeria, Tunisia, Mali and Libya, where the attack was launched.

From a political point of view, the country is blocked in a permanent transition status due to the preponderance of the military. A prominent academic in the algerian politic, Mohamed Harbi, once said: “every state as its own army. The Algerian army, however, has its state”. Officially, Algeria is a Republic with a strong presidency, in practice every presidential initiative must be approved by the military. 53 years after the independence, the military apparatus is still predominant in the State. In 15 years, President Bouteflika has never implemented real structural reforms. The recent changes that he has done mainly in the security sector are more a cosmetic work, nothing that would threaten military and their security apparatus. Some weeks ago, President Bouteflika has dissolved the intelligence and security department, replacing it with a new entity under his executive control. This new creation likely won’t overthrow the shadow political structure that control Algeria, at least it could just shift the centre of gravity. Military has supported the fourth mandate of Bouteflika, likely to take time to find an “ideal candidate” for the succession.

The Algerian regional policy is complicated by its tense relation with Morocco. Algiers maintain its opposition to the Rabat claim on West Sahara and the border between the two countries remain closed. Some weeks ago Algeria detained more than 200 Moroccan linked to organizations in Libya and has arrested, some days ago, 9 Morocco nationals that the Algerian authorities have identified as “illegal migrants”, adding more tensions. Algeria has also diplomatic means that undeniably can make it a regional power. It has been a key player in the intra – Libyan dialogue, the peace agreement without Algeria would have been almost impossible. However, the only way Algeria can be stable economically and politically in the long term, is to press on real reform not aesthetic.

In countries as Algeria where there is a strong state and there a ruthless security mechanism, the Islamic state won’t survice. The proof is the fact that the algerian ISIS branch, called: “jund El Khilafa” that kidnapped the French Hervé Gourdel in the mountains of Kabilya, was erased three months after the killing of the French man. The group which has replaced it was destroyed in few days. In Algeria, the Islamic state cannot play on the rail of the polarization sunni/shiite because 99% of the population is sunni. 23 years after the Black Decade, the bloody civil war, which was precipitated by the military cancellation of the elections won by Islamic Salvation Front, the Salafist ideology and the activism are, again, emerging as a field of political dispute. Many factors explain the hike of the salafists in Algeria. Echos from the Middle East and in Nord Africa, Algerian have to face an economic stagnation, a political paralysis and a generational change. The increase of the personification of (non violent) salafism as a moral rebellion against the crisis of the state institutions, with is rigid moral code, the promises to comfort the illness in the society, provide the youth dissatisfied with an alternative from the moribund state religious institutions and from the increasing irrelevance of predominant islamist movements which tend to co-opt them. Paradoxically, the state as played a non-negligible role in the Salafist wave using the movement as an ideological counterweight to the political Islam and revolutionary groups. 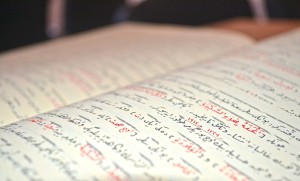 Algerian salafism, located at the extreme conservative of the political and theological panorama, is far away to be homogenous. The most prominent Salafist, the so called “quietist” which abstain from formal politic, reject violence, encourage the spread and implementation of the theological strictly conservative orientation in the society. The most important figures of this line are El Ferkous and Abdelmalek Ramadani, active in charities and in civil society groups as in the street markets. Given their political quietism and their neutrality toward the regime, Salafists can have private schools, build business networks, wear their peculiar dress, long beard and white tunic. The easiness to access the salafist network is particularly seductive for the young in the country and for those disillusioned from what they perceive as an extreme oldness in the Algerian society. From its part, the Algerian regime benefit from the raise of non-political movement that can help to dissuade the youth at risk from the politics and the violent extremism. Conversely from Tunisa and Morocco where the main Islamist parties have evolved in a political and intellectual forces, the Algerian Islamists have drowned in an intellectual lethargy and have largely disconnected themselves from the electoral base.  Their inability in adjusting themselves to the great social transformations have eroded their political positions in the society. With their moral discourse and their egalitarian attitudes, Salafists are emerging as counterweight to the stagnation of political Islam. However is worth point out that not all Salafism lack of a political orientation. As in the neighbour countries, a minority Salafist trend has become politicized. An example is the creation of the Islamic Sahwa Front in 2013 and the Algerian Front for Reconciliation and Salvation in 2014. Both movements are led by  provocative and controversial Salafist figures whose goal is to create an Islamic state. So far, none movement have obtained the recognition as political party or have been able to sell the idea of a political engagement to the whole Salafist community. Some observers believe that the regime eventually would follow the Moroccan model of political integration for the Salafists who have publically rejected the violence and the order form of subversion. The Algerian regime in the struggle of preventing Salafist conservative trend to find a fertile ground, has strengthen the institutional framework of mosque supervision and religious discourse. In 2015 the government has announced the creation of a National Scientific Council, tasked with the issuing of official fatwa. Its members are assisted by the Egyptian institution Al – Azhar, regarded has an high authority in the Islamic jurisprudence. The Council has already issued a series of religious decrees, from the permissibility of acceptance of financial loans to the acquisition of new houses, organ transplant and prohibition of sperm and anonymous ovule donation.